This page covers a selection of the historical news articles issued by the Teddies in 2016 and 2017. These are in chronological order. 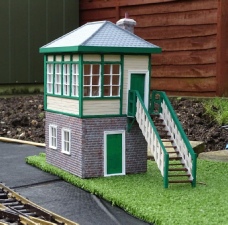 The signal box is installed. 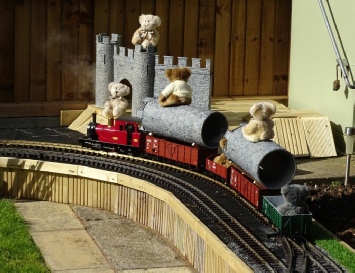 The bears help to install the castle towers. 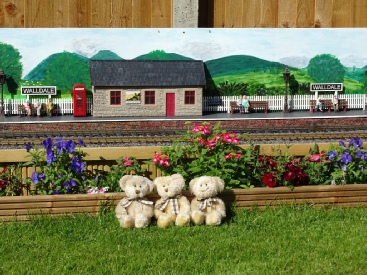 The bears are ready to welcome visitors to the Open Gardens. 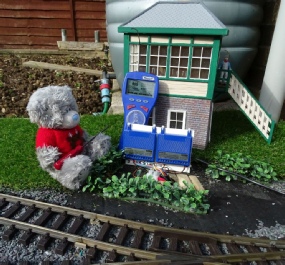 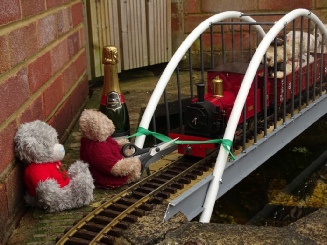 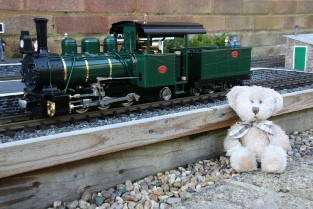 Kipling shows off his new steam engine - Fowler, made by Roundhouse and collected from “Glendale Junction”.

Snow and ice on the line. 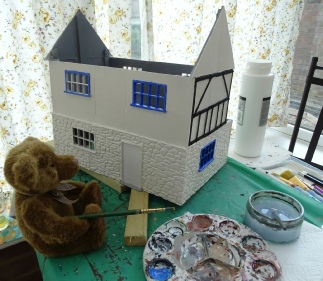 Winslow tests his painting skills on the shop model. 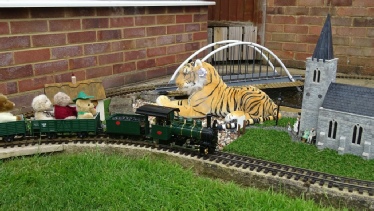 The “Tiger who came to Tea”. He was visiting, so came to review the railway.

New toy - a 3D printer which came in kit form. Time to experiment and see what models can be made for the railway. 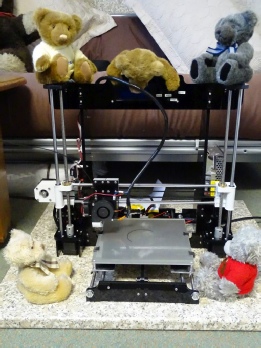 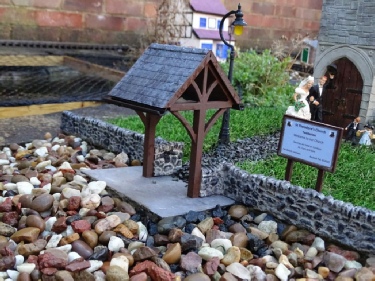 3D printed gate for the church. Better than making moulds! 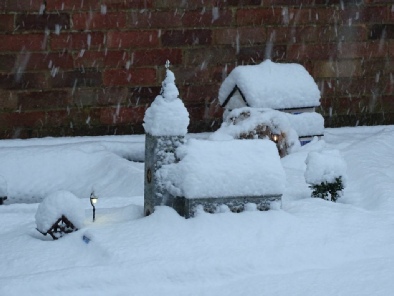 Trains stopped due to weather conditions - heavy snow on the line.

The Snow-plough had to do its work once the thaw  began. 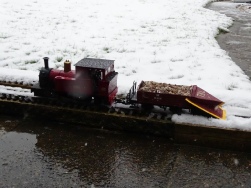 Santa Bears in the snow after Christmas. 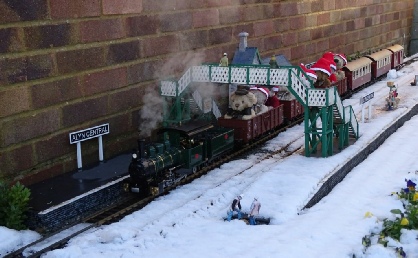