The plan shows the layout of the track.

The village was included in the centre of the loop and improved over time as extra buildings and features were added. 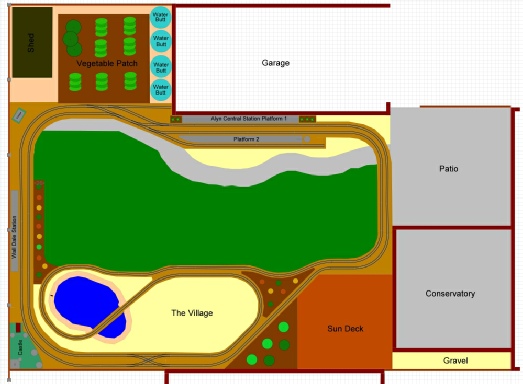 The lockdown due to Covid-19 presented an opportunity to get into the garden. However, with other tasks to do around the house first, work did not commence until the first week of June.

The old deck was removed and the base for the outside track  is being laid first so that the bears can be on the move as quickly as possible.

The pictures show the first few days of work. The page was updated as progress was made. 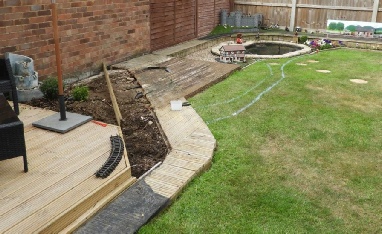 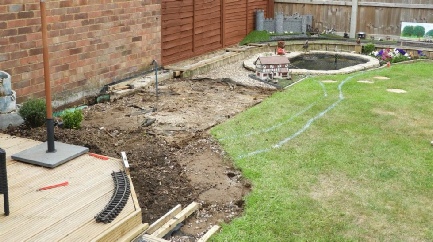 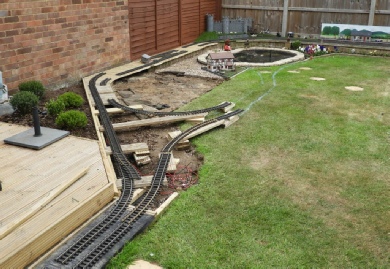 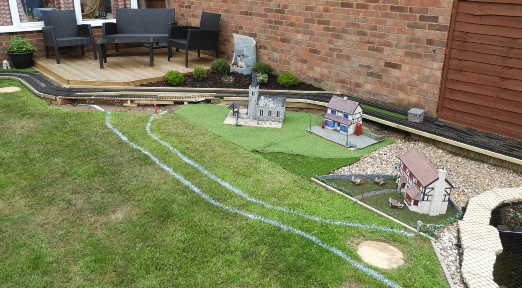 The first part of the changes are done. A temporary “bridge” was in place” so that two tracks could be used.

This could be removed easily when required so that the next part of the build could connect to the line. 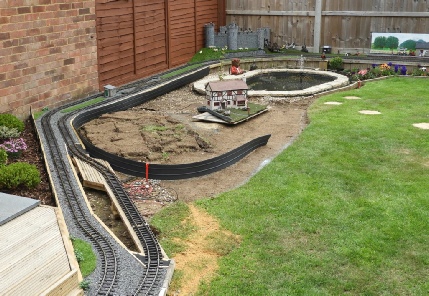 The Lawn edge was cut back and edging strip put in place.

Some landscaping  started - to raise the level of the “village”.

Buildings were being cleaned and re-painted

The temporary linking bridge was still in place. 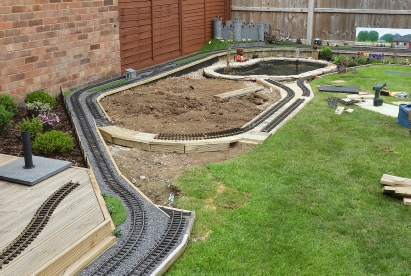 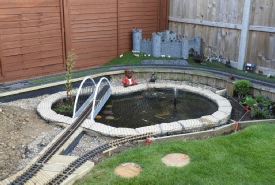 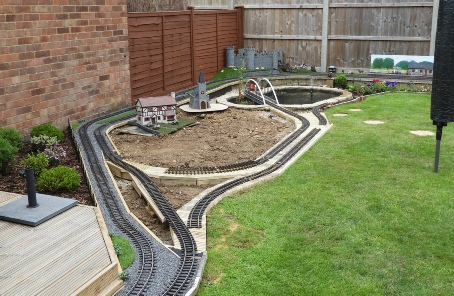 Construction on the loop round the village area was complete. The old bridge was modified to fit and  in need of some paint.

“Village planning” was under way along with the appropriate landscaping. 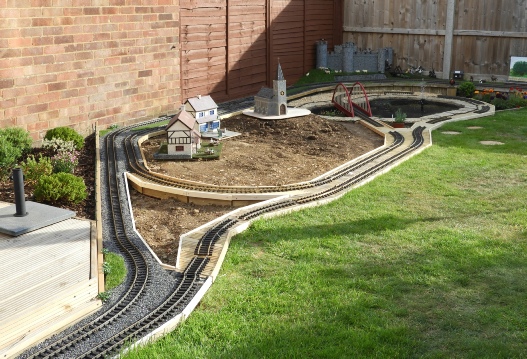 Construction was complete. The layout was ready for the track to be laid.

The bridge had been painted and the temporary link removed.

Landscaping of the village area was in progress. 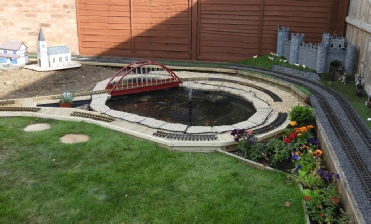 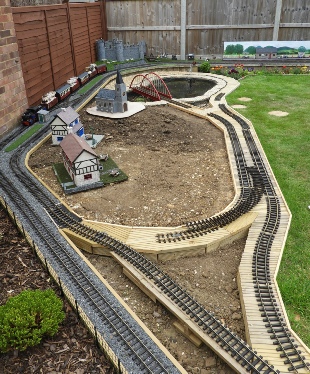 The track had been laid and tested with several locomotives.

The end of this phase was agreed to be when landscaping is complete and the buildings set out in their new places. 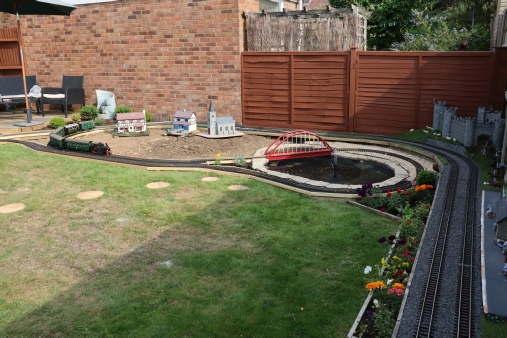 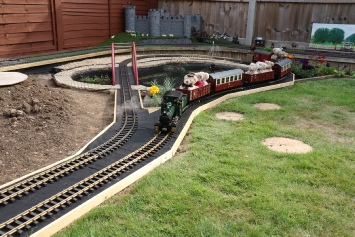 Landscaping of the hill was in progress ready for the church to go on the top. 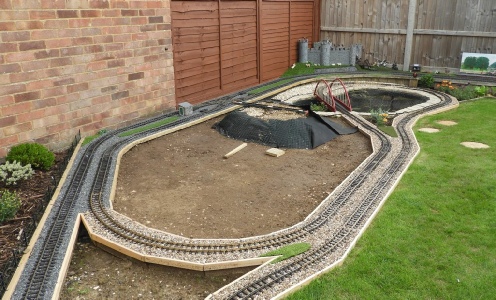 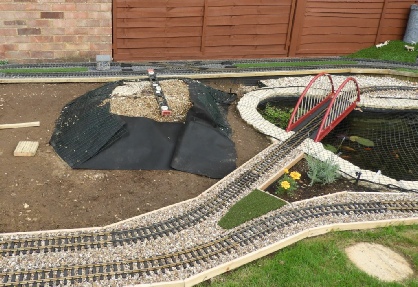 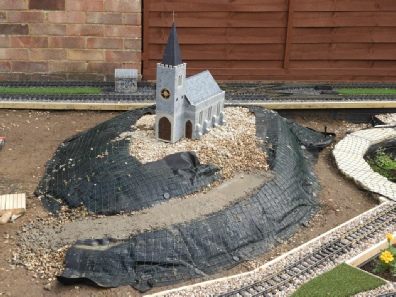 By the end of September, some board was cut and roofing felt attached to make bases for the buildings.

Fake grass was  installed around the new village square and buildings. 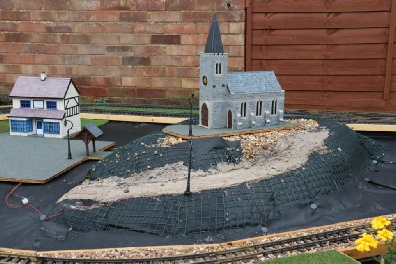 By the end of October The village square and church had new lights and other scenery installed as well as grass matting around it.

The Pub was removed for some maintenance and renovation. 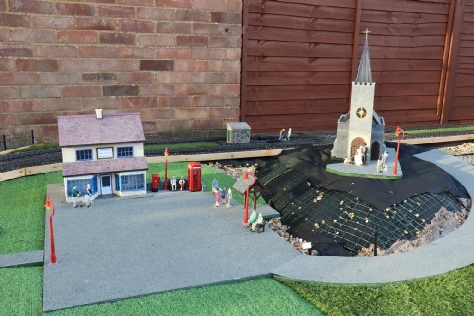 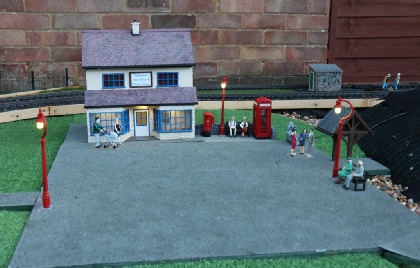 At the start of November Some more grass was installed around the church hill.  Renovation of the pub was completed and progress was made on the village.

A War Memorial was installed in the Village Square in time for Remembrance. 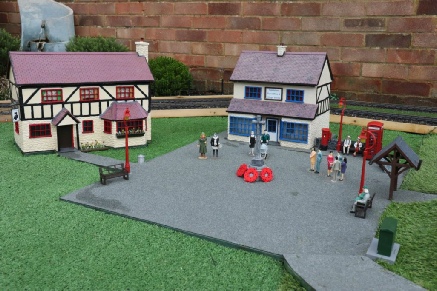 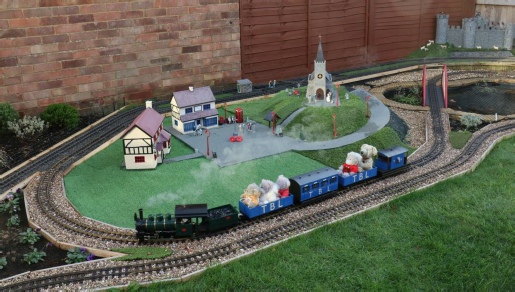 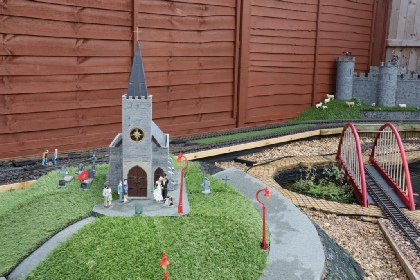 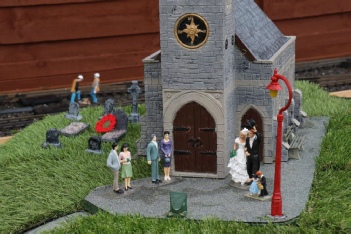