This page covers a selection of the historical news articles issued by the Teddies in 2018. 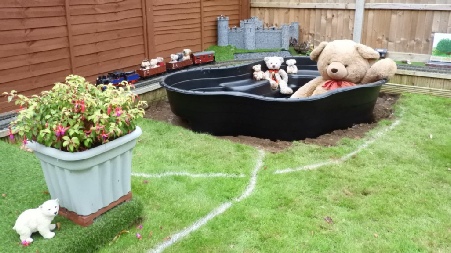 The bears are concerned that installation of a new pond may disrupt running on the line!

However, the big bear rather liked his new Jacuzzi! 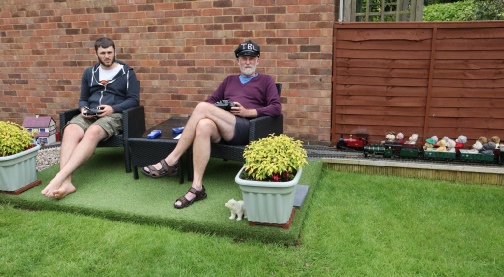 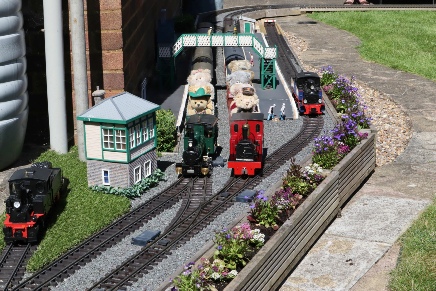 December 2018  Christmas Bears out and about.

Pond construction has progressed. The liner is in a hole and water levels are tested. 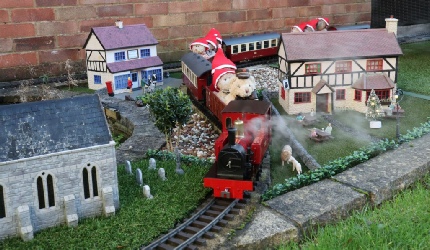 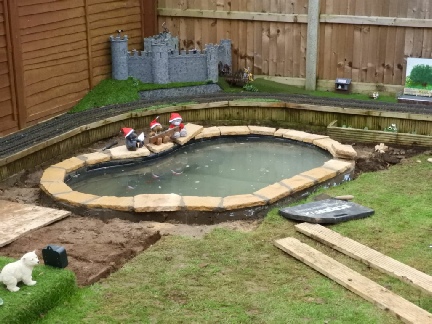 The bears assist with construction around the edge of the new pond during the Christmas break. 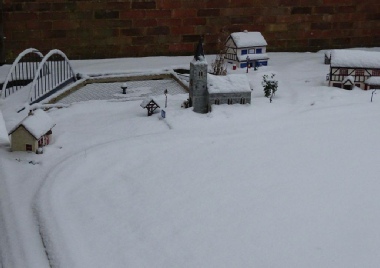 March 2018 Arctic conditions on the TBL

We missed some of the bad weather but at -6.4C, the Teddies were heard to mutter, “We are not going out there! After all we are Teddy Bears not Polar Bears.”

Unable to purchase a cross over with the correct angle the clever Teddy Bears used the dark nights of the winter to make one. They used some old rail and their 3D printer to make the sleepers and ties.  Now installed, it works well. 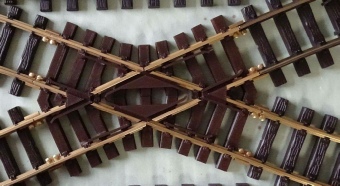