This page covers a selection of the historical news articles issued by the Teddies in 2019.

The old pond has been filled in and the church moved to its temporary position.

Preparations now begin so that a deck can be installed in front of the conservatory.

At Easter and the start of May a complete overhaul of Alyn Central Station took place.

Lights have now been installed on the station and bridge.

The Bears now think they should be able to travel at night. 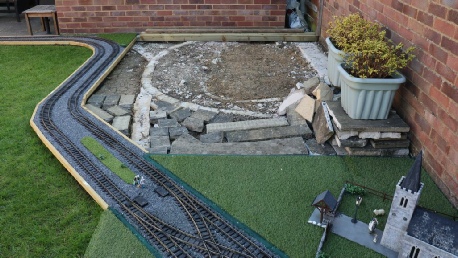 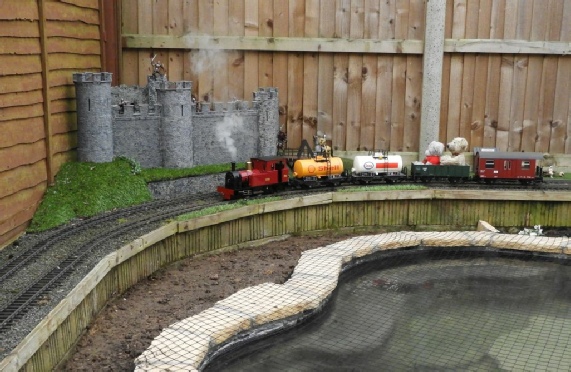 The Bears are pleased with their new Tanker trucks. They are expanding the rolling stock in order to include freight trains as well as passenger services. 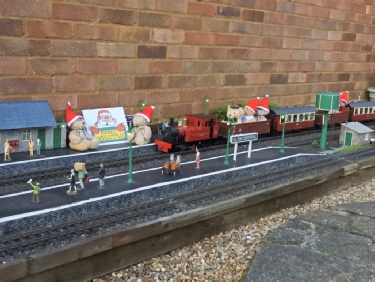 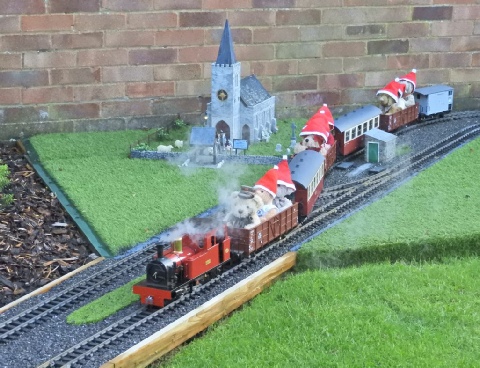 The Teddies sent out Christmas Greetings. 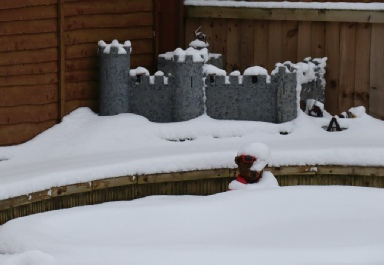 Snow on the first day of February temporarily closed the line. However, the snow was soon cleared enough to run a steam train the following day. 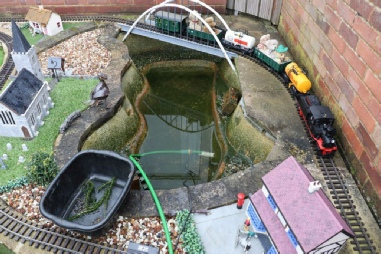 The Teddies would like to welcome Tess to the Teddy Bear Line.

In her sparkly dress, she looks to be ready for a party! 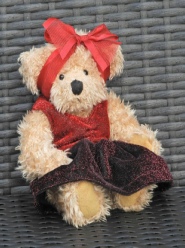 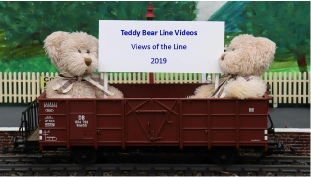 The new video from 2019 can now be found on the video pages. 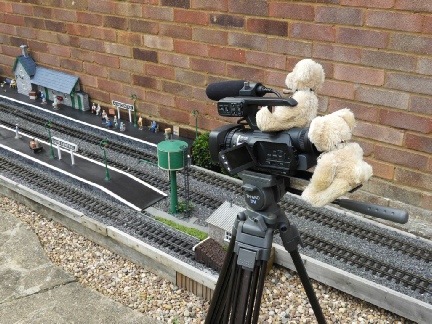 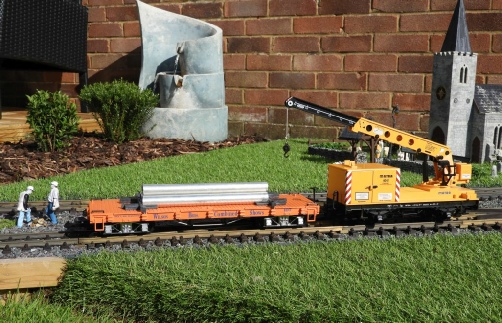 The Teddies have bought a new truck.

The long flatbed truck is being tested out on the line.

As there have been lots of changes on the railway over the past year, the Teddies are in the process of making a new video.

Filming has commenced. All that is needed is a fine day!

The film can then be edited. 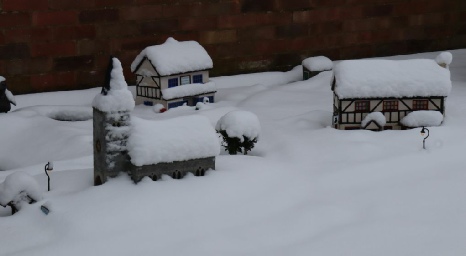 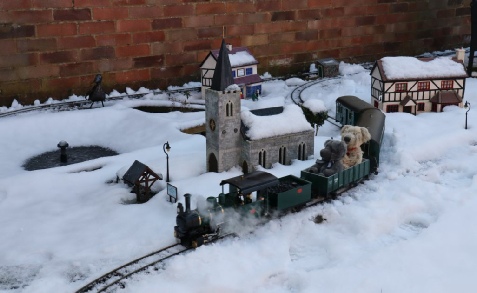 February is nearly over and the new pond is finished.

The bears pointed out that the fish had gone and the water was getting lower in the old one! 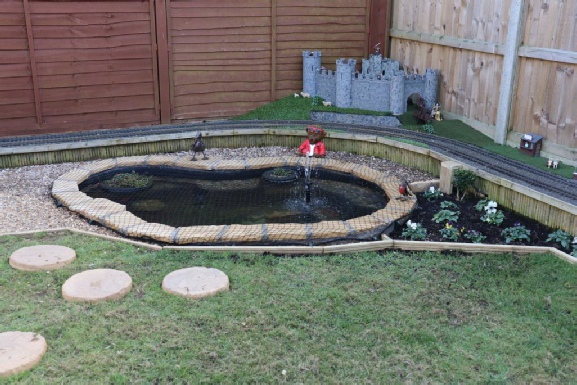 The track has now been diverted to allow for work to be done on the pond area.

The Teddies were pleased to see a working track again after a couple of days of construction. 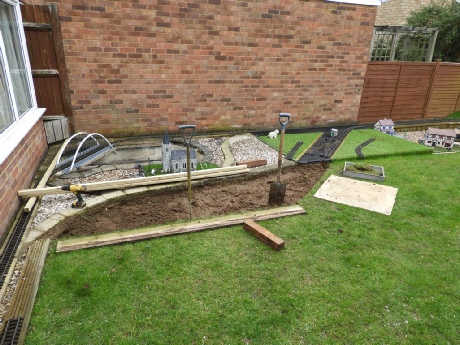 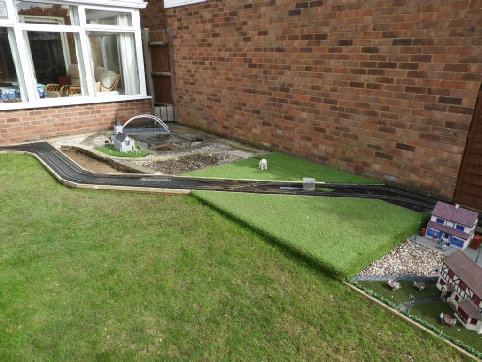 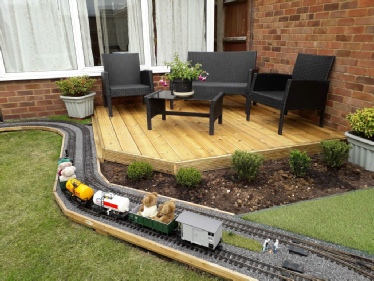 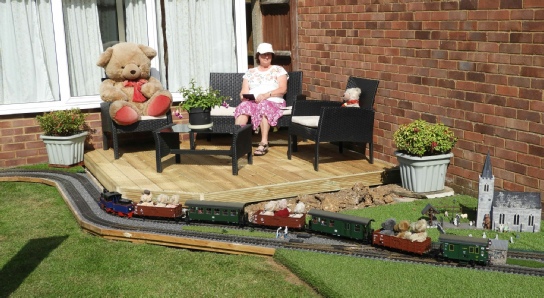 The completed deck in the July sunshine.

The deck with flower bed and shrubs added.

Time to survey the railway. 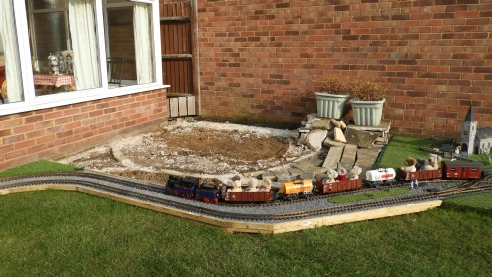