A half relief simple station was made from plywood and painted to look like brick. This was placed on a plywood base and backing board which became platform and backdrop scenery.

Eventually, the station and background looked good enough for “Walldale Station” to be considered complete. Lollipop stick fencing and a selection of model people on benches added to the overall effect.

The first task, in early 2013, was to check and upgrade the existing trackbed. Using some fixed curves and a collection of flexible track, the first section was installed. The Bears “oversaw the process”.

The Bears run past the veg patch on an early section of line in August 2013.

The “Opening Ceremony” for the first section of the line was held in September 2013. A ribbon was cut, beside a suitably sized bottle of champagne, and Karen pulled the train along the line to the accompanying cheers from our invited guests (like minded friends and family). We even made a short video of the proceedings.      See the video page

During this time, we added to the rolling stock. We purchased locomotives. We wanted trucks for the “furry passengers” as well as coaches to match the scale.  The “passengers” may not be the right size but they certainly make people smile.

At this point we used some hard saved pennies to buy a Roundhouse radio controlled live steam engine - “Karen” in maroon. 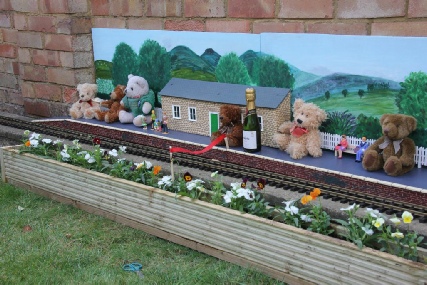 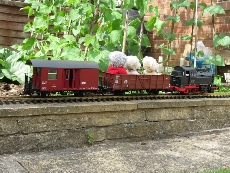 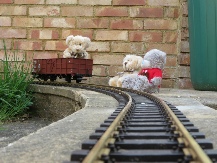 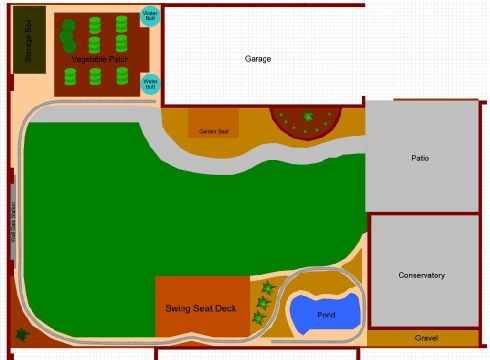