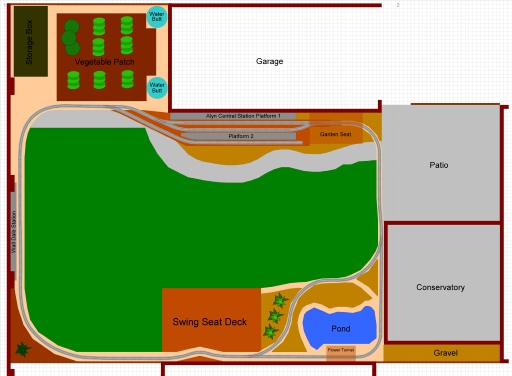 During 2014 there were no changes to the basic layout of the track around the garden, instead we concentrated on buildings and scenery.

At this point we found the gradients at the station were not correct, so the walls by the veg patch were modified to correct this. 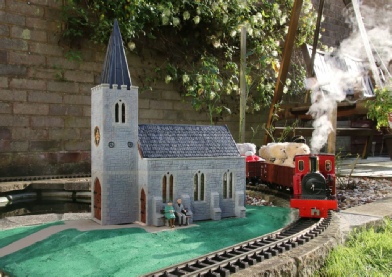 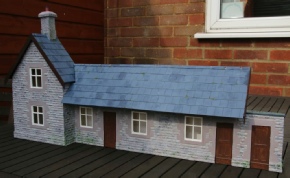 By October 2014, the garden had some boxes for plants and the station building and church were installed.

In April 2014 the mainline station was created in half relief from a full sized model, the rest being used to make a small house and remake Walldale station. 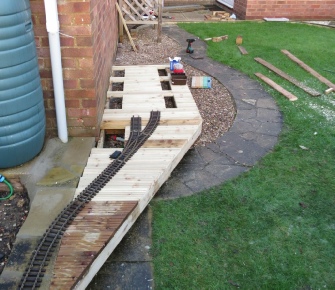 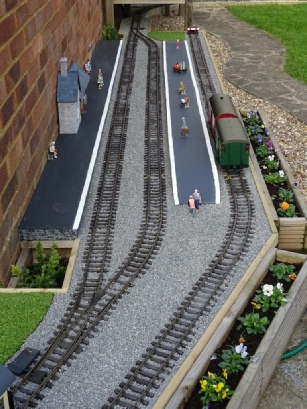 In December 2014 work began on strengthening and widening the station base.

During 2015, work continued on the station, making platforms. At the same time some other buildings were made or designed including a castle.

In October 2015 phase 3 was considered complete, when ballast was added to the tracks. (Roofing gravel) The layout now had a single line round the garden and two complete stations.