Most changes in this phase, during 2017 and on into 2018, involved buildings and scenery as well as the movement of a few points. The track layout remained fairly stable apart from the eventual addition of a 3D printed crossover in 2018.

Due to the purchase of a shed, the castle had to move from its original location in the latter half of 2017. Work, to build extra walls and other parts, was necessary before it could be put in its new place. 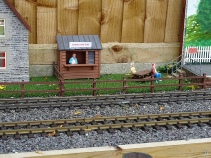 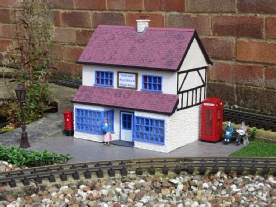 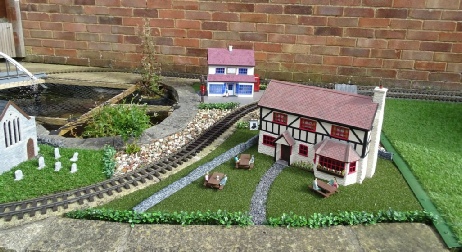 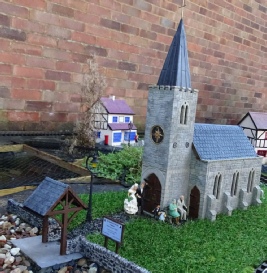 Two small line side buildings were added, a snack bar and another lineside hut (to hide a point controller).

The shop we designed and built was finished in July and installed during August. To do this the pub was moved to a new position.

The 3D printed gate for the church was painted and put in place. 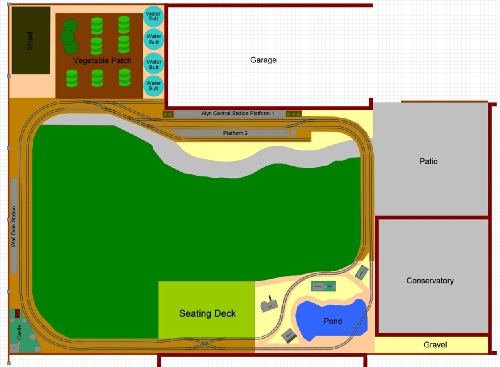 A 3D purpose built crossover was installed on the line.

Once the weather improved at the start of the year work could continue on the castle’s new location.

The new base for the castle was completed in May  and the towers were then in place in June, ready to upgrade the walls and complete the model. 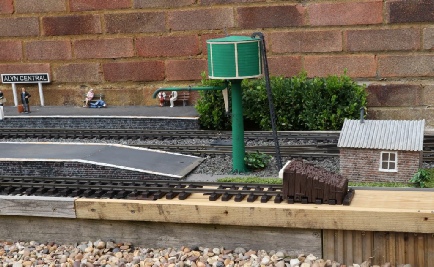 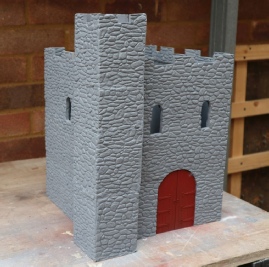 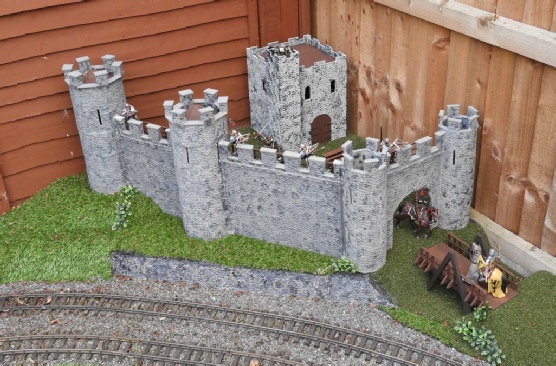 The 3D printed water tower was painted and installed at Alyn Central Station.

The castle keep was also under construction.

The castle was completed and fully installed, complete with a 3D printed bridge over the moat. 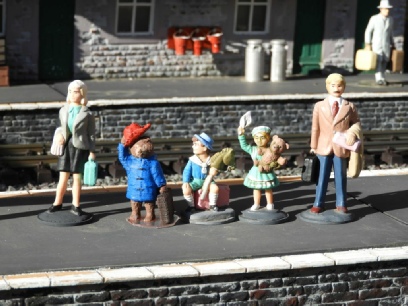 A 3D printed friend came to visit the line along with his new family!

Plans are in hand for a new model… The design for a windmill was begun. 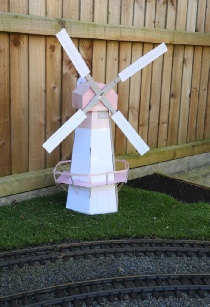