During the winter months of 2013 into 2014, Mervyn (and his furry assistants) spent time laying extra track, some of which was laid on a temporary wooden base made from decking material – solid and not too expensive.

The first  task  necessitated  removing a flower bed and re-siting a garden seat to allow space to install what would eventually become a main line station.

Construction work continued into the new year and extended the line to cover all four sides of the garden, crossing between the lawn and patio and thus completing the circuit so that the trains did not have to reverse back any more.

This was finally achieved in the early part of 2014 after a selection of points were added. 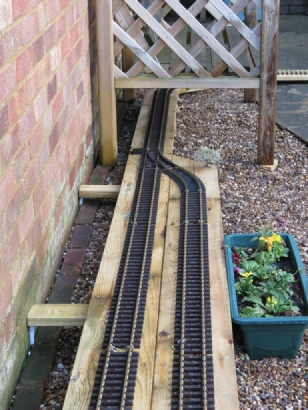 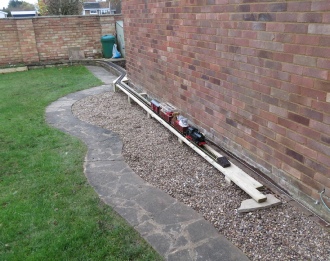 November 2013 The Teddies test a new section of track. 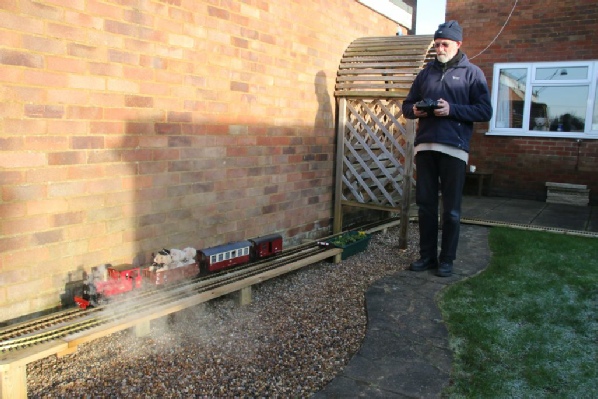 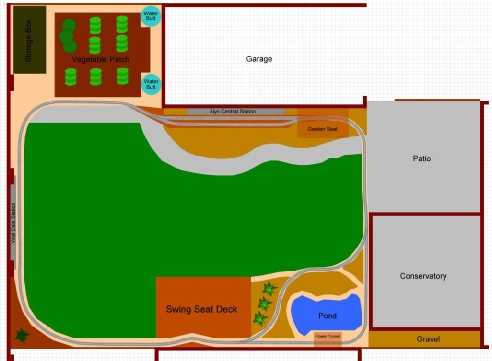