At the end of 2015, construction began on the next phase in order to create a double track around the bottom of the garden.

At the same time, indoors, a footbridge was designed and built followed by a signal box. 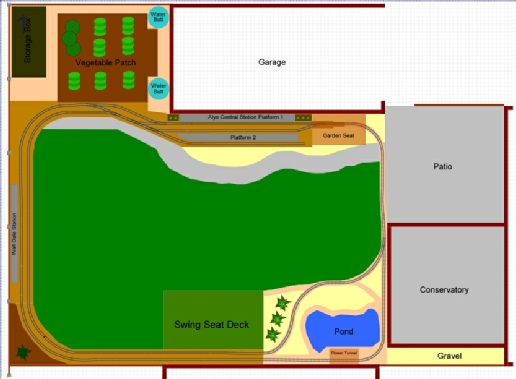 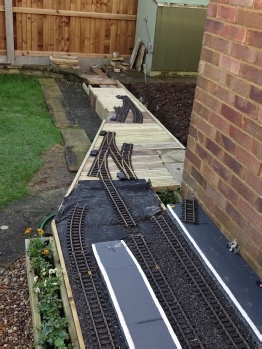 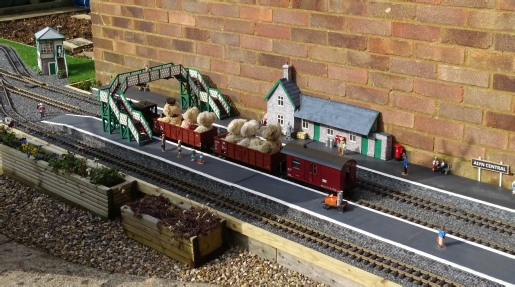 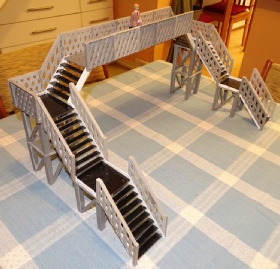 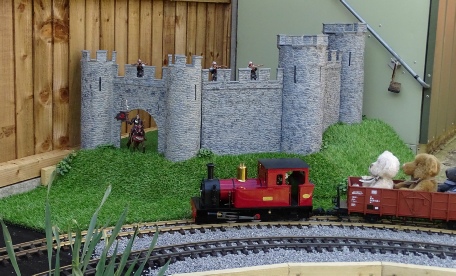 The castle was installed in March 2016. 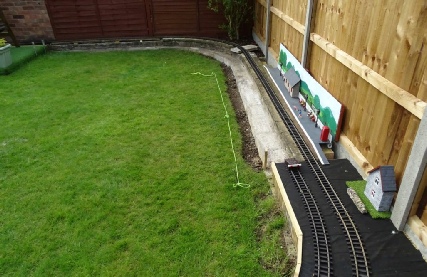 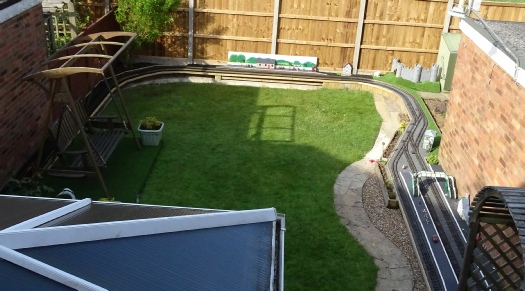 In May 2016, Phase 4 was just about complete. The stations had two lines through them and there were two tracks all the way round the garden, except across the edge of the patio.

In the mean time, more model construction was taking place. Our own design for a pub was made up ready to paint and install. 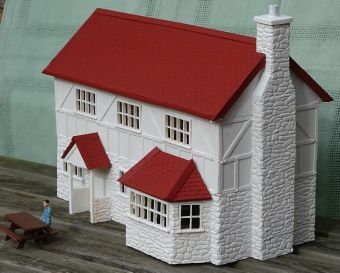 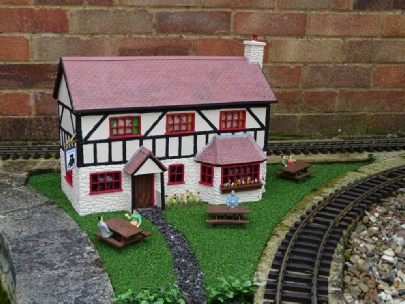 By June 2016, the pub was painted and in place by the pond, ready for the Village Open Gardens in July. 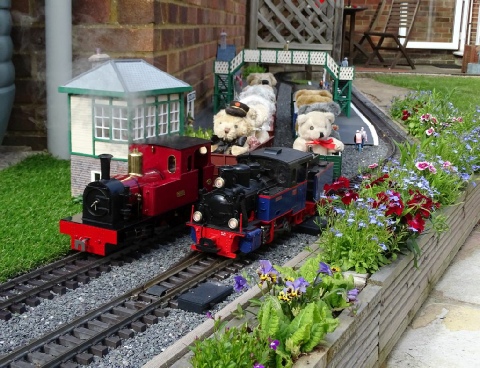 At the Village Open Gardens event, it was possible to run two trains, provided the second locomotive was the steam engine “Karen”.

She could be paused at the appropriate moment, awaiting clearance to cross the single line section, thus avoiding any collisions.

The use of two trains provided more interest and excitement for the visitors.